Stefan Wetzstein successfully accomplished his studies as certified electrical engineer at Rudolf-Diesel-Technikum Augsburg with focus on power and automation technologies. 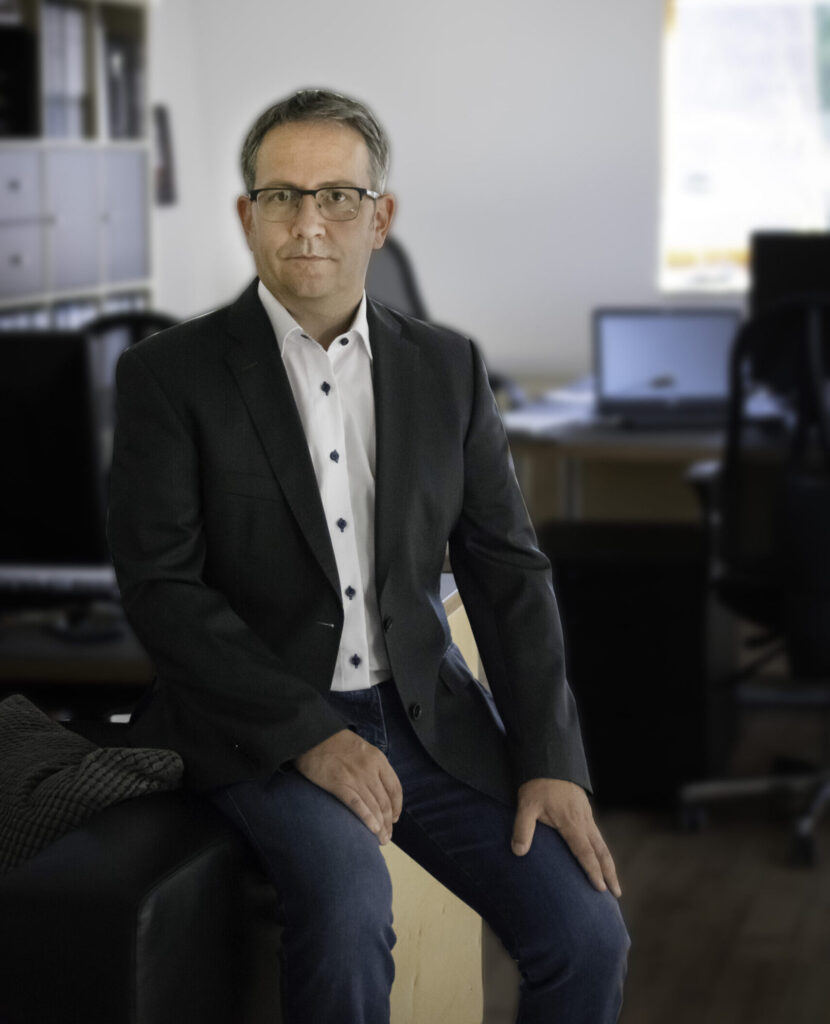 From 1999 to 2015 he worked for Göppel Bus GmbH (formerly Markus Göppel GmbH & Co. KG) first as head of electrics design department and established this division. Later he took over responsibility of the entire design and development of Göppel Bus GmbH. Under his direction not only a completely new city bus family had been developed and introduced into the market but also complex development projects for innovative vehicle concepts for public transportation like AutoTram© had been developed and realized.

Mr. Wetzstein also worked in the extended management. Among other things, he was responsible for setting up and managing the after sales division. Under his leadership, he combined the areas of development & design, order processing & internal sales and the after sales department to a single technology department, which thus functioned as a central interface for production and purchasing.

From March 2015 to February 2016 Stefan Wetzstein worked as Key-Account Manager for Spheros (today Valeo Thermal Bus) and provided service and support to leading OEMs with his experience in all aspects of climatization of vehicles.

In April 2016 Stefan Wetzstein has started his own business as independent consultant. Today he offers highly qualified consultancy services and project management for customers of bus industry, supply industry and transport operators. Furthermore, he substantially supports his customers as external project manager in successful realization of R&D projects.